Most international students of DMJX are here for a short period of time. Still they notice things about us Danes, that we take a lifetime to realize. I sat down with Chelsea Al Arif and Alessandra Iellamo to get an outside perspective on what it is like to study at DMJX. 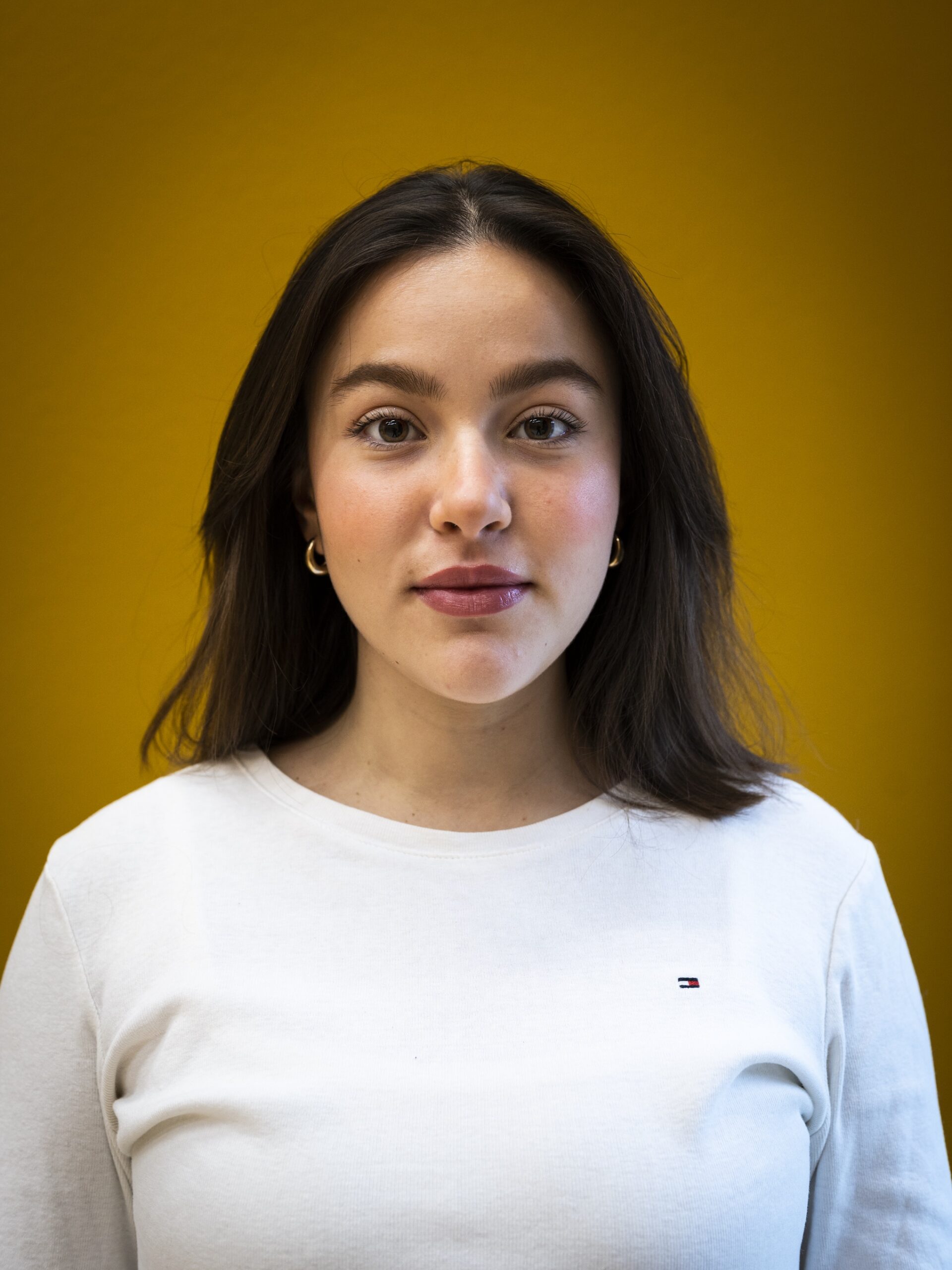 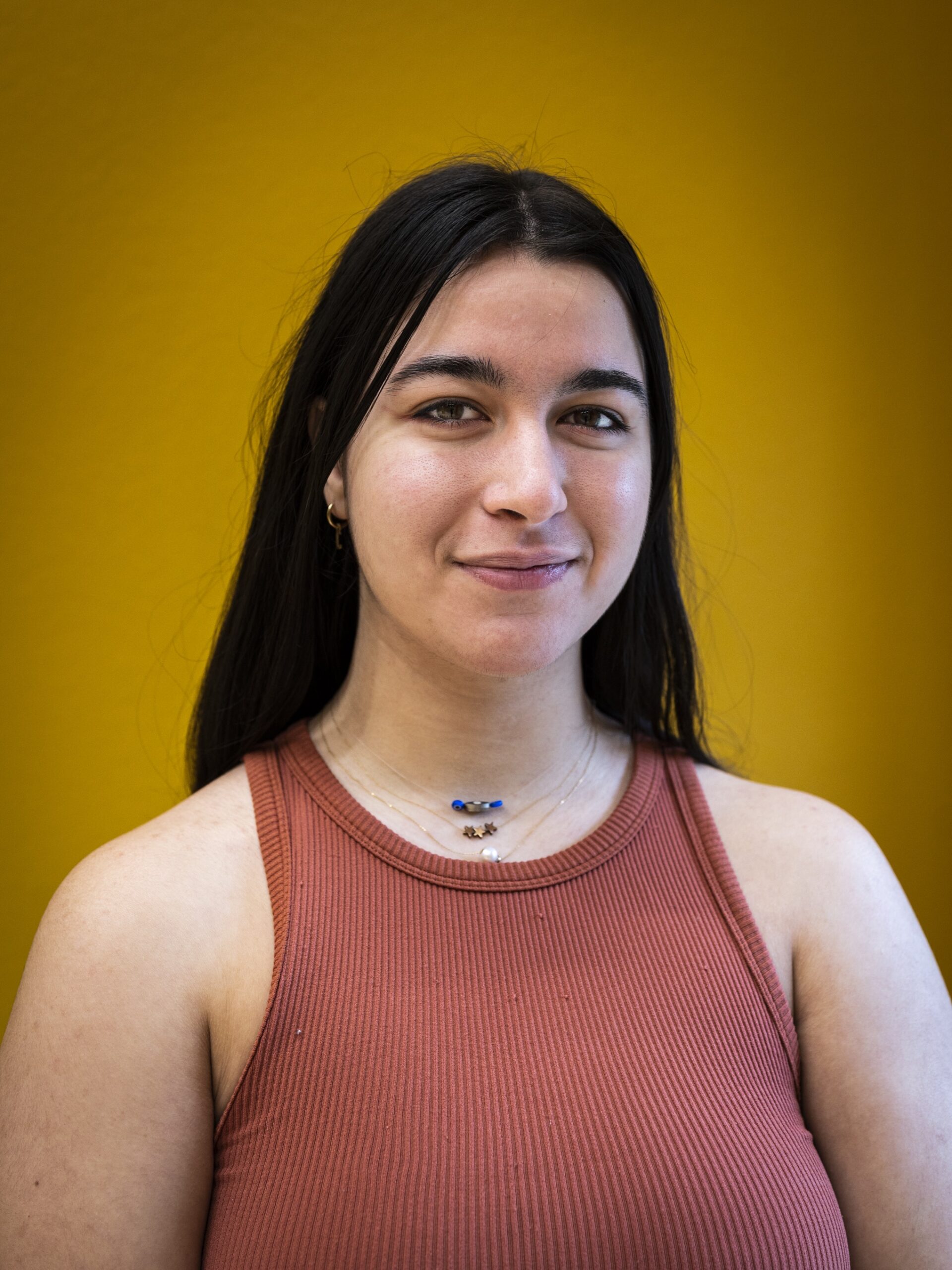 “Back home in Lebanon my professor used to throw my assignments in the bin. I cried three times, while being told to do it again and again. Here in Denmark you are told to ‘do what you can’, and then you get graded on that,” Chelsea Al Arif says.

I am sitting across from Chelsea, an international student from Lebanon. As I ask her questions about her experience at DMJX, she answers at a fast pace with sparkling eyes using her hands for emphasis. I sense that she is used to bringing her A-game whether she is interviewing, being interviewed or doing anything school related.

At Chelsea’s home university, American University of Beirut, the presentation days are characterised by thorough preparation and a keenness to outshine your peers. However, here she has seen Danish students happily agreeing on doing the bare minimum: “We will all just do two Powerpoint slides, that’ll do.”

I myself must confess to having left many group work sessions with that exact thought: “That’ll have to do.” No further ambitions, no eagerness to go into Blå Audi and deliver the presentation of my life.

It is not that I don’t view myself, or other Danes, as hardworking. I do. I get the impression that Chelsea does too. But something about students agreeing on putting in equally little effort just struck me as very Danish. I am not sure if it relates to an idea of fairness, laziness or lack of belief in authority? Maybe a mix of them all.

The fear of failure

One of the first things you will hear as a journalist student at DMJX, and something that is officially stated by associate professor Søren Boy in the “How we teach at DMJX”-document, is: “You are allowed to fail, as long as long as you learn from it.” But are we, the Danish students, taking this for granted?

As for Chelsea, this teaching philosophy has been groundbreaking to the way she works, and it has given her courage to take risks that she didn’t dare take at home.

“I have always been afraid to reach out to important sources, in case they don’t get back to me, because that would make me fail my assignment. Here I can explain it to my professor and talk to him about extending my deadline,” Chelsea says.

More than just a number

The casual relationship between students and professors is something international student Alessandra Iellamo noticed as well. And she is no stranger to studying abroad. While she is originally from Italy, she has studied in both England, France and now Denmark. She describes how teachers are surprisingly friendly and informal in their approach to the students.

“Here you are able to share something you did during the weekend or even have a laugh about something that might not be related to school. For example, our professor is a beekeeper. It is a passion of his, and sometimes he brings honey into class, and we talk about it before starting,” Alessandra says.

She describes how it puts her at ease to be able to laugh and joke with her professors about non-school related stuff. The professors acting like less of an authority, and even sometimes more like a friend, has actually been unexpectedly motivating.

“When you’re nothing but a number in a class of 200 people, it’s easier to get lost, and actually care less about university. Here the connection with the professors is much more personal, and it surprised me how they sometimes even remember things you said a couple of weeks before,” Alessandra says.

It seems that while DMJX has impersonalised our email-addresses to look like a phone number, you’re still a human being rather than a number to most professors.

”When you’re nothing but a number in a class of 200 people, it’s easier to get lost, and actually care less about university. Here the connection with the professors is much more personal, and it surprised me how they sometimes even remember things you said a couple of weeks before.”

I know that many Danish students, myself included, sometimes dread the phone boxes and the never-ending forwarding to press officers. However, this ‘hands on’ journalism was actually one of the most refreshing and exciting aspects to international student Chelsea Al Arif.

“In Lebanon I do everything from behind my desk. Here, every story I have done, I have travelled to actually meet the people I am interviewing. Before coming here, I had never interviewed anyone I didn’t  already know. Here that would be a no-go,” Chelsea says.

This hands-on approach has led Chelsea to interview multiple members of the European Parliament (MEP), and those experiences have come to play a crucial role in her journey as a journalist.

“I did not think that I would benefit so much from this, but it has made me feel that I am an actual journalist. I have had an MEP request an interview with me, because they really liked the interview I did with their colleague. That has made me realize how far I can actually get as a journalist,” Chelsea says.

“I think many Italians would say that Denmark is a country where everything just seems to work,” Alessandra says.

Looking out in the world, I think it is fair to assume that it is not only Italians who would say that Denmark is a country “where everything just seems to work.” I believe that it is also something that is ingrained into how we see ourselves.

In 2022 Denmark was awarded the second happiest country in the world by the World Happiness Report, based on factors such as freedom, life expectancy, social support and the general view on the extent of corruption.

A Norwegian survey-study about national symbols of Scandinavia also showed Danes to be the most “chauvinistic” compared to Norway and Sweden. While one out of three Danes states that the world would be a better place if people in other countries were more like them, that only applies to one out five Norwegians and Swedes.

Does this affect Danish journalists and their way of conveying the world? Are we in some ways know-it-alls, who believe that most of the world could learn from us and not the other way around?

“Many Danes do have a sense of superiority. Coming here I experienced people assuming a lot about me, just from knowing that I am Lebanese. A girl offered me a beer, just to take it back right away and be like: “Oh sorry, but you don’t drink,” because she assumed, I was Muslim. But I am a Lebanese Christian, and that is mind-blowing to surprisingly many people,” Chelsea says.

Danes feeling superior is something Alessandra Iellamo partly agrees with, and when asked where Danish journalists might be able to improve, she suggests:

“More diversity in the newsrooms. I see a lot of opportunities for internationals in the Danish media landscape, yet very few news stations actually accept international applicants,” Alessandra says.

She stresses that she has been warmly welcomed to Denmark, and that she experiences Danes as very interested in internationals and outside perspectives. However, that is not yet reflected in the newsrooms.

“From my experience, there is little diversity in Danish media. Let’s be honest. Most people here are white and also quite privileged. I think that naturally results in little inclusivity in the journalism they produce,” Alessandra says.